If you are a shrinking violet who likes to keep a low profile and hates being the centre of attention, then Citroen's quirky new Ami electric cube car is definitely not for you.

Within minutes of getting behind the wheel, the cute back-to-basics zero-emissions city car draws plenty of crowds and gawping onlookers - as we've just discovered, having spent a day driving the teeny vehicle.

It's being dubbed the 21st century battery-powered incarnation of the iconic Citroen 2CV that was launched in 1948. And the dinky Ami is arguably just as revolutionary.

Prices start from around £5,000 and Britons from the age of 16 can legally get behind the wheel. 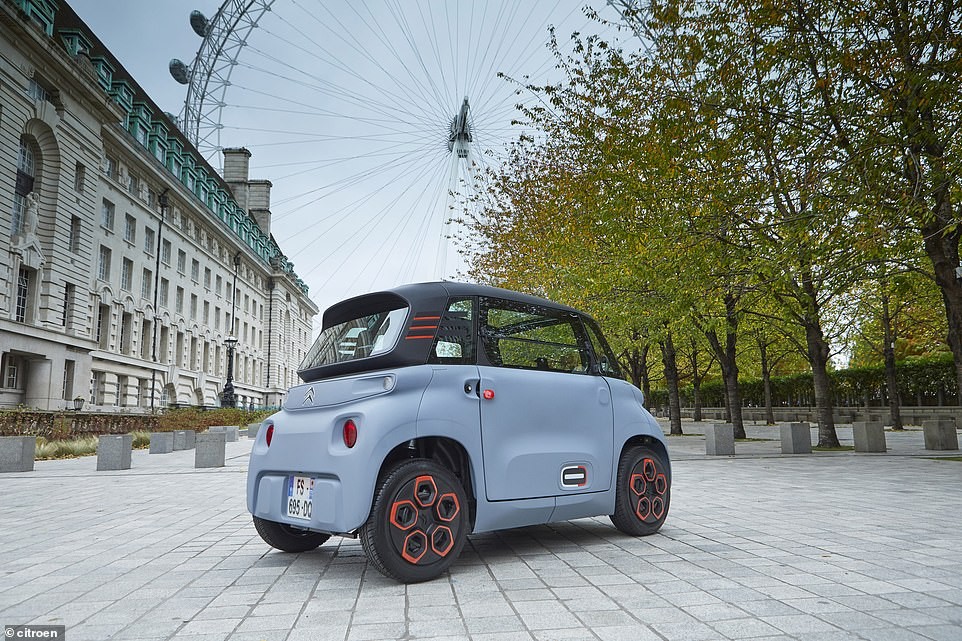 Compact Citroen: This is the Ami quadricycle - a £5,000 electric vehicle that's been introduced as part of a rental scheme in Paris to promote cleaner transport in cities

Younger teenagers can drive the diminutive Citroen because it technically does not classify in the UK as a car.

It is, in fact, deemed a 'light quadricycle' - like the Renault Twizy - and therefore can be driven by people as young as 14 in France, though 16 across most of mainland Europe.

The compact vehicle has already been launched in Paris with a rental scheme to encourage greener transport in the French capital.

Our Parisian-equivalent for the car's UK debut was Coventry, which is considered Britain's former 'Motor City' or 'Motown' and remains the home for Jaguar Land Rover today. Think of it as swapping the Louvre for the Herbert Art Gallery.

The Midlands city also happens to be the location for PSA's (the overarching car manufacturer that owns Peugeot and Citroen) UK headquarters.

With so much head turning and open-jawed reaction to driving the Citroen Ami through Coventry, you can almost imagine how Lady Godiva must have felt in the 13th century. 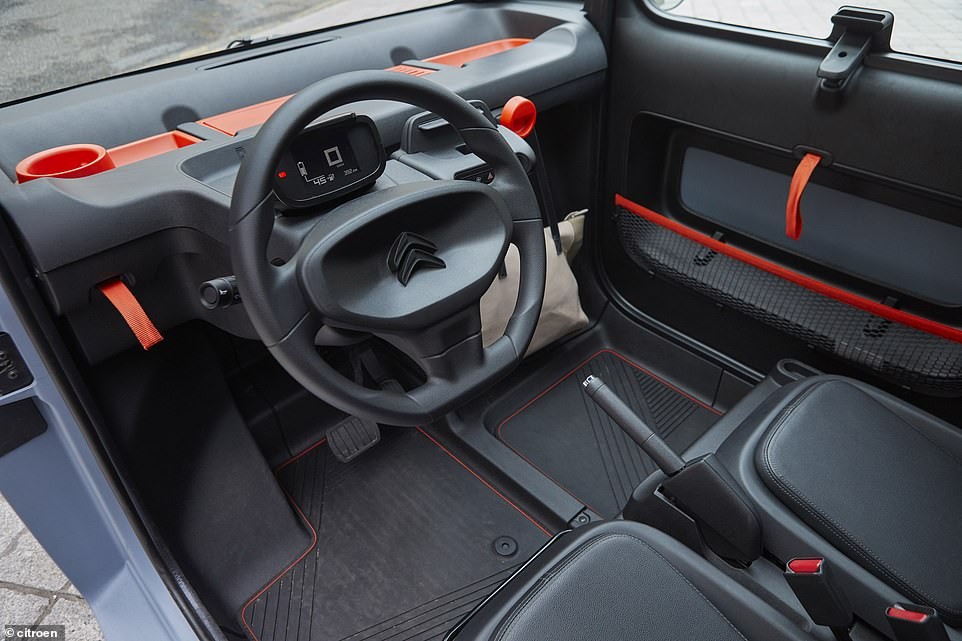 A tiny dashboard screen tells the driver their speed, battery level, range, and drive mode, but that's pretty much it for the dashboard

The first thing with the Ami that grabs attention is its size and cubic styling.

It's compact to the point of being minuscule in automotive terms. Tape-measure out, it's just 2.41 metres long, 1.39 metres wide and 1.52 metres high.

Most of it is sculpted plastic on a metal frame. It may be basic, but it's undeniably clever and very well executed.

It is available only in left-hand drive – for driving on the Continent – and is set to be sold as such on UK shores.

In France it is bought entirely online and can either can be delivered to your home or collected from a pick-up point.

To save costs, the two wide doors are identical. But they are hinged differently either side so open in opposite directions.

It cuts costs because Citroen only need to make one door – which can be used both sides. The same goes for the front and rear bumpers and side panels – all of which help to keep production costs down.