Gridseve's pioneering Electric Forecourt is located near Braintree, Essex, and is the first of 100 sites to be built across the country in the next five years as part of a £1billion nationwide programme.

The one-stop-shop for electric car owners features 36 EV chargers and a services building featuring 'best of British' retailers, including WH Smiths and the Post Office. 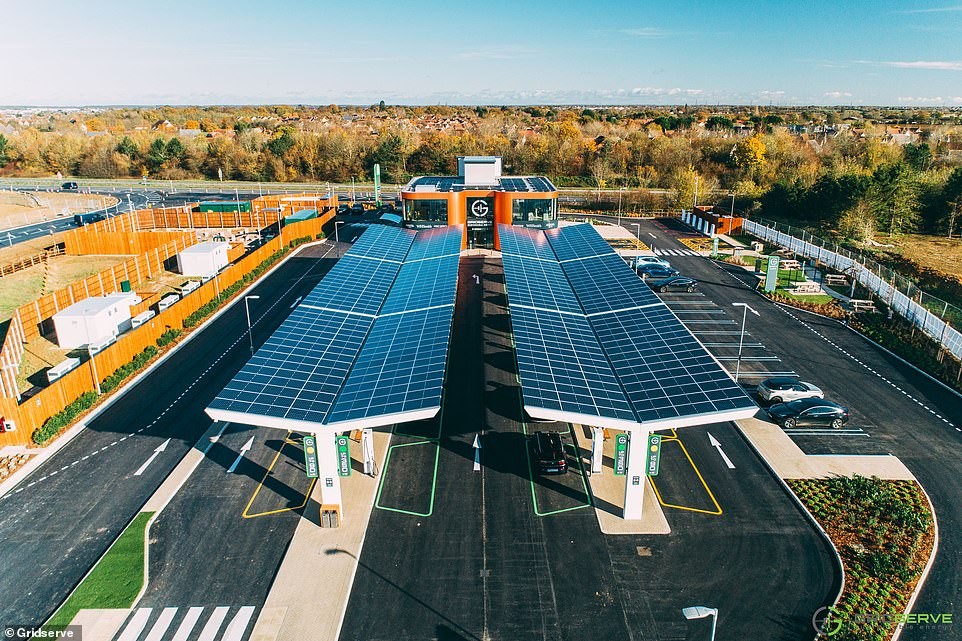 The only vehicle capable of accepting 350kW charging is the Porsche Taycan electric sports car, but Gridserve says the inclusion of the devices will 'future-proof' the site 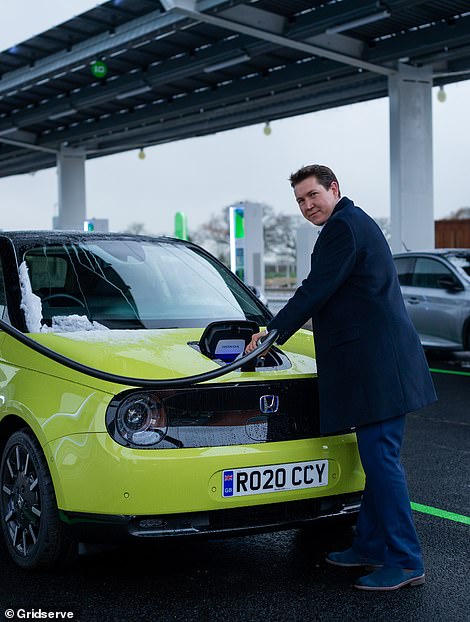 They range from 7 kilowatt-hour (kWh) devices to 22kWh chargers suitable for the likes of the Renault Zoe and there are also six Tesla Superchargers.

In addition, there are 90kW rapid chargers and even 350kW devices.

The only vehicle capable of accepting charge from the latter system is the Porsche Taycan electric sports car, but Gridserve says the inclusion of the devices will 'future-proof' the site.

The powerful devices should replenish the batteries of the latest plug-in models in between 20 and 30 minutes - in which time drivers can head into a state-of-the-art building with shops including a Costa Coffee, WH Smith and Booths high-end supermarket.

It will also be used as an educational centre for electric vehicles, with a number of models on site for visitors to poke around.

Drivers can pay for electricity at the forecourt using their debit or credit card. The initial cost will be 24p per kWh of charging, which is currently the lowest ultra-high power charging rate on the market.

It means a typical charge from 20 per cent battery capacity to 80 per cent costs under £10 for the average electric vehicle. 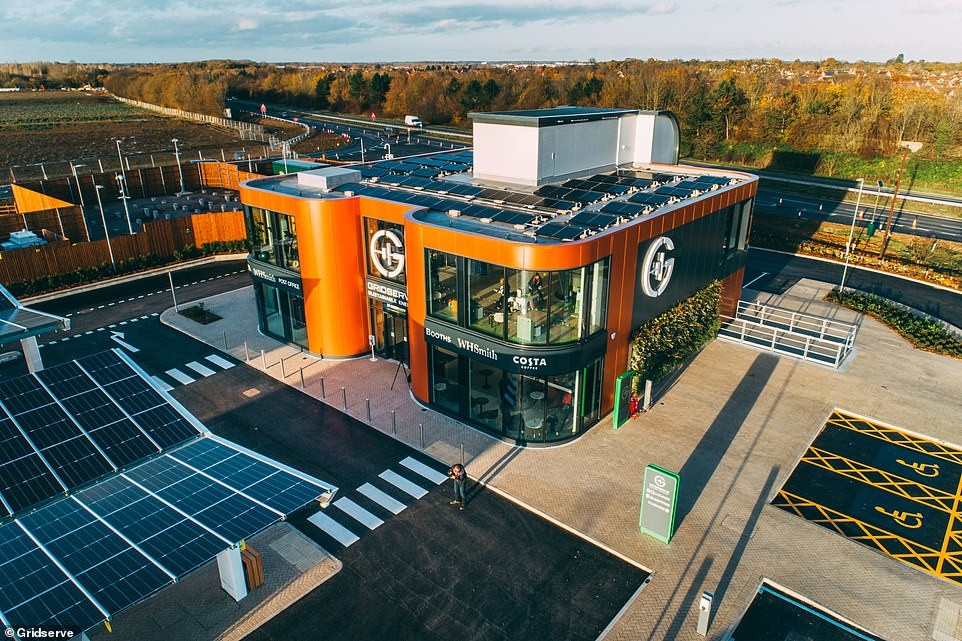 While owners are waiting for their EVs to charge, they can head into this state-of-the-art building with shops including a Costa Coffee, WH Smith and Booths high-end supermarket

To Read the whole article head over to Daily Mail???????