HAVE YOU GIVEN AWAY YOUR PERSONAL DATA WITH YOUR CAR

Having your personal information hacked or given away to third parties without your knowledge is an increasing concern among people - but many are handing over their sensitive data when they sell their cars.

Vehicles have become a 'treasure trove' of personal data, with motorist able to download their private information from their phones via Bluetooth, apps and connected systems, according to Which?.

In a survey of more than 14,000 drivers who have sold their car in the last two years, the consumer group found that four in five failed to wipe information transferred from their phones to their motors before they handed over the keys to a buyer. 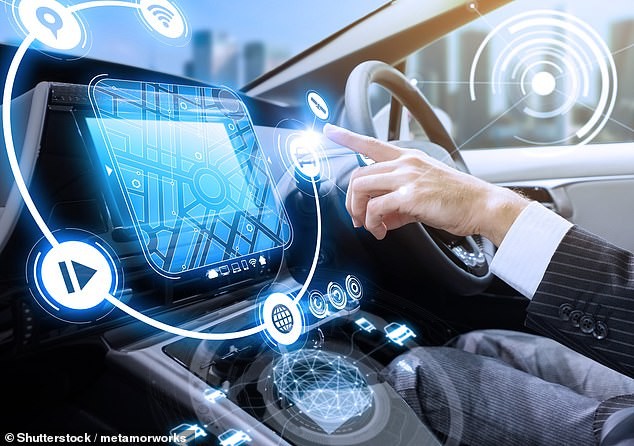 Have you handed over your personal data with your car? A worrying number of drivers aren't wiping information storied in their vehicles before selling them to a new owner, Which? says

The sensitive information these motorists are freely handing to the people who buy their cars includes their full phonebook contacts list and numbers, home addresses and even wifi for their homes.

Which? found that more than half (54 per cent) of those polled had synced a phone to the car using Bluetooth or connecting via a USB cable.

Pairing a smartphone with a car will mean that drivers could play their own music, download their contacts and messages, get live traffic and navigation information and make hands free calls or send messages.

While this may be convenient, unless their smartphone is later disconnected, the account deleted and downloaded information erased, this data could be viewed by the next owner and potentially every owner thereafter if the systems are not properly wiped.

But of these drivers, more than half (51 per cent) had not tried to unsync their phone before they sold it.

More concerning is that almost a third (31 per cent) took no action at all to remove their personal information from they had shared with their cars - essentially handing over their private details to someone they didn't know.

Four out of five (79%) vehicle owners did not follow instructions in the car manual to remove data and return the car to its factory settings before they sold it, despite this being the best way to make sure no personal details are left on the operating system. 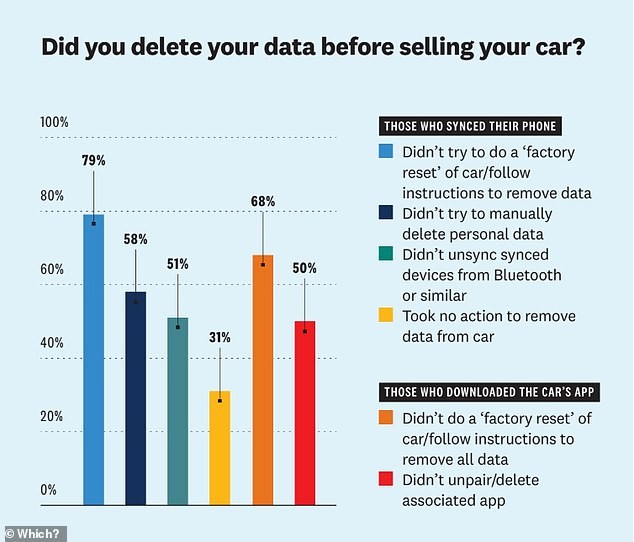 Without being actively wiped from the system, many of the latest cars can retain all downloaded information from the phone.

Some modern cars also have apps that may let the app owner track the car’s location, unlock the doors and even stop and start the car’s engine – so it is important that previous owners revoke their app’s access to the car they sold.

Which? found that while only one in eight (13 per cent) of the drivers who had recently sold their car had downloaded this type of app, over two thirds (68 per cent) had not followed instructions to remove all this information from their car.

While deleting the app from the phone typically won’t revoke the access, half of those who had downloaded a car-syncing application said they had not deleted it since selling the car and still have it on their smart device.

Cars that are sold today collect vast quantities of data, and this can result in extra functionality that is very useful for drivers. 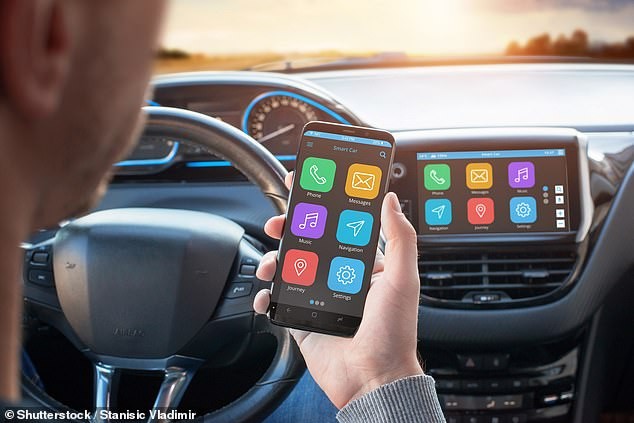 However, Which? is concerned that the high number of drivers who are failing to take action to erase their data when the car is sold suggests they are not being given enough information about what is being collected when they sync their phones or download an app, and the importance of eradicating the data.

Which? experts advise that consumers who have synced their phone or downloaded the app should follow instructions to delete all data from the car.

Those who download a companion app must revoke access from within the car itself - just deleting the app on a phone does not break the link.

Which? believes that when it comes to connected technology, user data and information should be a serious consideration in developing new systems and capabilities.

Manufacturers should also do all they can to ensure it is easy for motorists to erase their personal data from operating systems when selling their car and that they are made fully aware of the risks if this does not happen.

Harry Rose, Editor of Which? Magazine, said: 'If cars are not treated the same as a smartphone, tablet or other connected devices when it comes to data security, motorists risk giving away a treasure trove of information about themselves when they decide to sell their car.

'Manufacturers must do much more to prioritise customers’ personal privacy so that drivers fully understand how much data their vehicle could be harbouring and how to delete this information in order to eradicate these risks.' 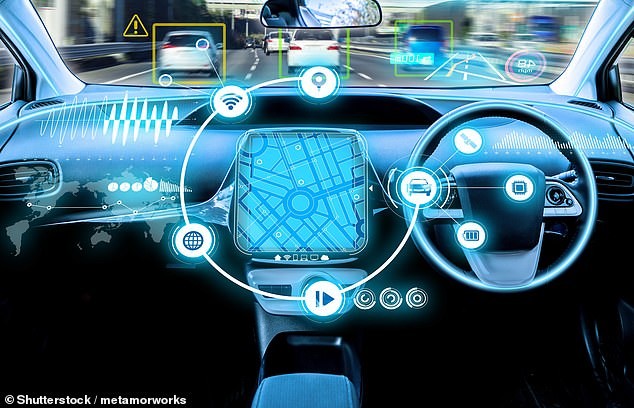 All new cars by 2026 are expected to be 'connected', which means a change in consumer attitude towards deleting info before a vehicle is sold - similar to how you can reset an old smartphone to factory settings when you buy a replacement

According to recent research by comparison website uSwitch, 67 per cent of new UK cars are connected an synced to smartphones, apps and even home hubs.

This means that over two thirds of the nation’s newest models are vulnerable to personal data fraud.

It’s predicted that by 2026, 100 per cent of new cars will be connected, which will require for motorists to be more cautious with how they store data in their vehicles and - more importantly - ensure they wipe it before handing the keys to someone else.

Connected cars can collect up to 25GB of personal data every hour, it warned,

And while handing this data to another driver when you sell is a risk, as all of this stored data is always at danger of cyber-attacks, with skilled hackers able to access this information.

'A standard connected car uses 150 million lines of code – a staggering 103.5 million more lines of a code than a Boeing 787 jet,' says the comparison site.