HERE'S YOUR LATEST LOOK AT THE PORSCHE TAYCAN CROSS TURISMO 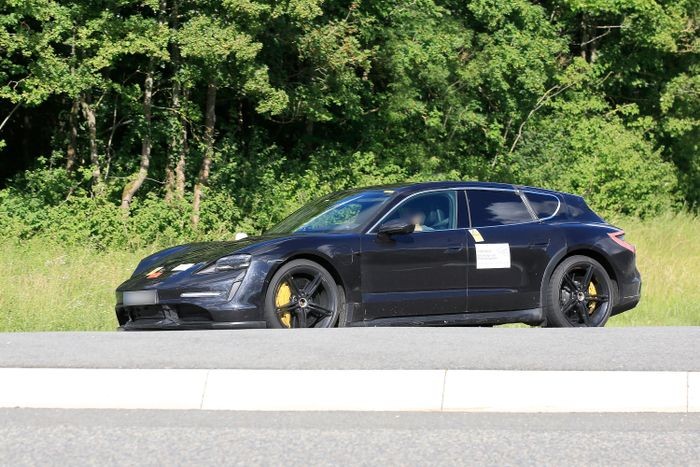 If the only thing stopping you buying a Porsche Taycan is the inability to fit a large dog/mountain bike/chest of drawers in the back, here’s some good news: a slightly lifted estate version is in the works.

As confirmed by Porsche in 2018, a production version of the Mission E-Cross - dubbed the Taycan Cross Turismo - has been given the green light. It’s been spotted numerous times undergoing testing, and in this latest sighting, the wagon seems to be out for a play with its four-door brother, giving us a good chance to compare the two variants of Porsche’s first EV.

Although the ride height is noticeably higher than the standard Taycan’s, the Cross Turismo’s stance isn’t exactly lofty. Air suspension will almost certainly feature as standard, however, meaning there will likely be a taller off-road mode for the few occasions a Taycan CT owner might fancy tackling the rough stuff.

The car will also be getting some tough plastic cladding all around the lower part of the bodywork for off-piste moments, although much of it is still missing on this test mule. 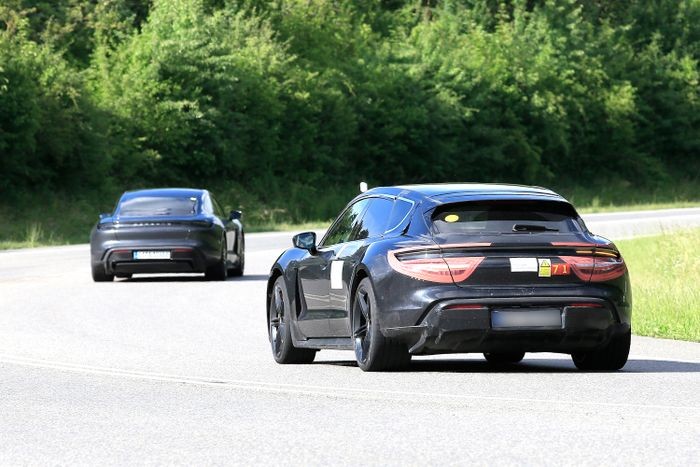 The Taycan Cross Turismo is set for a 2021 launch and will be followed up a year later by an all-electric replacement for the Macan crossover. But you want the Taycan CT, right?