I AM SO RICH I PARK WHERE I WANT

Angry residents leave a note reading: 'I'm so rich I park where I want' on a £150,000 Aston Martin parked on double yellow lines.

The driver who arrived at Whitby, North Yorkshire on Friday evening and is believed to have been visiting over the weekend left his car parked on double yellow lines. 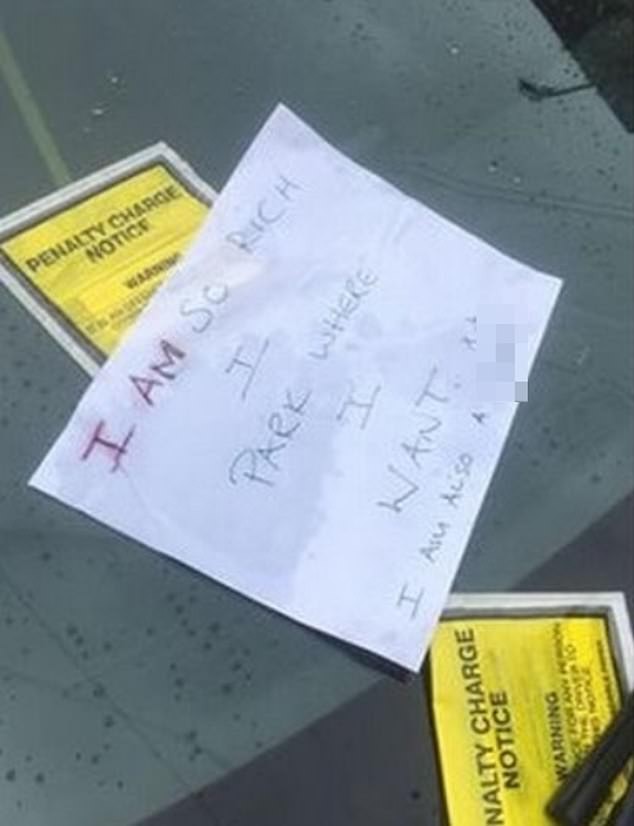 A resident, who wishes to remain anonymous, explained how the driver received the first ticket on Friday, then another on Saturday.

Upon returning to the car the driver removed the two parking tickets but didn't move it.

On Sunday, residents took matters into their own hands as one placed a note reading 'I am so rich I park where I want'  next to the third parking ticket.

The resident said: 'The chap must have seen this because he then took the tickets and the nice note, got in his car and drove away.' 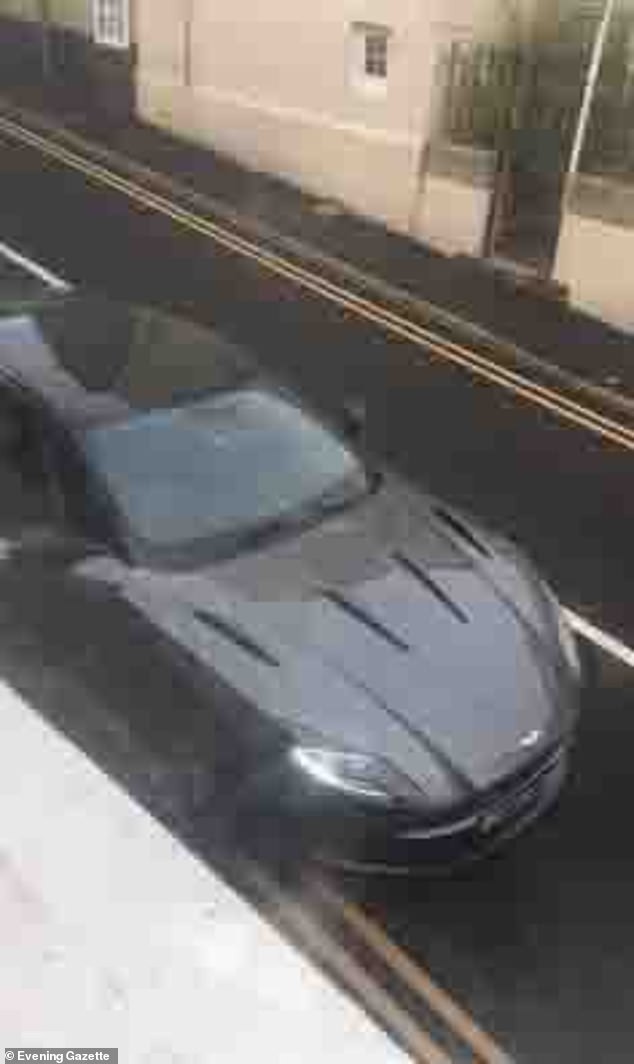 The £150,000 Aston Martin  was parked on double yellow lines in Whitby  for four days

But much to his dismay, the driver appeared to have went around the block and returned to park outside of his property.

On Monday morning, the Aston Martin remained parked on double yellow lines receiving its fourth ticket over the long weekend.

Commenting on the situation, another resident said: 'Parking must still be at a premium in Whitby, because a £150k Aston Martin collected four penalty tickets after being parked on double yellows in two different locations this weekend.

'We noticed it on Back St Hilda's on Saturday night.'