IS THIS THE END OF INSURANCE RIP-OFF?

INSURANCE customers will no longer be punished for their loyalty under plans that could save households £1billion a year.

In a victory for Money Mail, the Financial Conduct Authority yesterday announced that insurers would not be allowed to charge existing clients more than new ones.

The regulator said its reforms would ‘put an end to the very high prices paid by some long-standing customers’.

Under ‘price walking’, a new car insurance customer typically pays £285 a year, while one who is loyal for five years pays £370. The equivalent figures for home cover are £130 and £238. 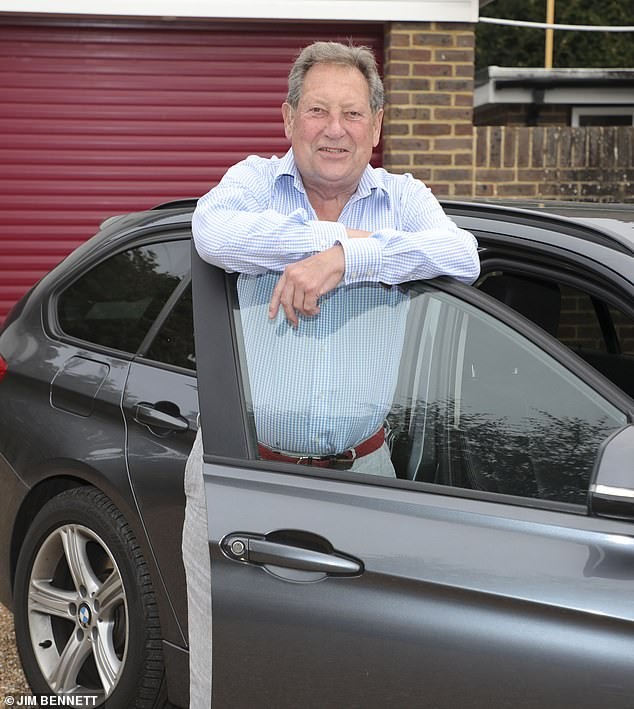 Mr John Finlay, 79, from Mayfield in East Sussex, saw his car premium rise by 85 per cent in four years

Ten million policies across home and motor insurance are held by customers who have been with their provider for five years or more. A third of those overpaying for cover are vulnerable, elderly or low paid, the FCA found.

It said insurers were making it harder for customers to stop automatic renewals by keeping them on hold on the telephone for a long time.

Those switching regularly will be flagged by insurers and potentially denied the best deals.

The watchdog said these ‘complex and opaque pricing practices’ were costing around six million households an average of £200 each a year.

Under its proposals, firms will be free to set prices for new customers, but they would be prevented from raising premiums over time, other than in line with changes in a customer’s risk. The FCA said it could save customers between £3.7billion and £11billion over ten years.

Sarah Coles, personal finance analyst at Hargreaves Lansdown, warned that some customers would lose out.

She added: ‘Insurers offer far better deals for new customers. Some will actually make a loss on the first year, and aim to claw it back with price rises on renewal. Switchers can take advantage of these introductory deals, and then move before the price hikes. The new rules would put a stop to this overnight.’

Gareth Shaw of consumer champions Which? said the FCA should ‘closely monitor insurance firms to ensure they do right by their loyal customers’.

Huw Evans of the Association of British Insurers, an industry body, said: ‘We will consider carefully this package of proposals, so that we can engage with the FCA on the most effective measures possible. There are winners and losers in the way the market works currently with those who switch provider every year often ending up with lower prices.’

WHEN John Finlay saw his car premium rise by 85 per cent in four years, he decided enough was enough.

Instead of coughing up for a £626 policy with existing provider AA, he bought one for £437 with AXA. But he is now back with the AA after AXA hiked his premium – and the AA offered him a quote for £384.

He said: ‘It’s disrespectful to existing customers. They get loyalty from us but there is no reciprocation.’