MOTORISTS WILL BE HIT BY NEW £12O FINES IF THEY ARE CAUGHT ON CAMERA THROWING EVEN A CIGARETTE BUTT OR APPLE CORE OUT OF THEIR WINDOWS!

A new camera scheme is set to catch motorists in the act who dispose of litter from their windows,
landing them with hefty fines.

From April, Maidstone Borough Council in Kent will employ the use of LitterCam to seek out and
fine drivers flouting the rules in the first pilot scheme in the country.

Maidstone Borough Council in Kent will start employing the use of LitterCam to seek out and fine
drivers discarding waste, including cigarette butts and apple cores

While previously relying on wardens to issue fines to those they witness littering, under the LitterCam
scheme the council will now be presented with footage and photographic evidence of the number plate.

After verifying this, the evidence will be sent to the Driver and Vehicle Licensing Agency, which will provide
the council with the details of the registered keeper and a penalty will then be sent through the post.
Anyone individuals wanting to see the evidence, can check the footage through the LitterCam portal.


After verifying this, the evidence will be sent to the Driver and Vehicle Licensing Agency, which will provide
the council with the details of the registered keeper and a penalty will then be sent through the post.


LitterCam technology can present the council with footage and photographic evidence of the
number plate, helping to catch more drivers who flout the littering rules

This includes high streets and minor roads, as well as motorways, where slip roads are filled with larger
items discarded waste, such as building materials, which have slipped from poorly-secured cargo on
lorries.

Yet the reality so far is that very few offenders are caught and handed a fine.

Last year, 200 fines were issued by Maidstone Borough Council, but Derek Mortimer, chairman of the
communities, housing and environment committee, hopes the new scheme will push this into the
thousands with a zero-tolerance policy. 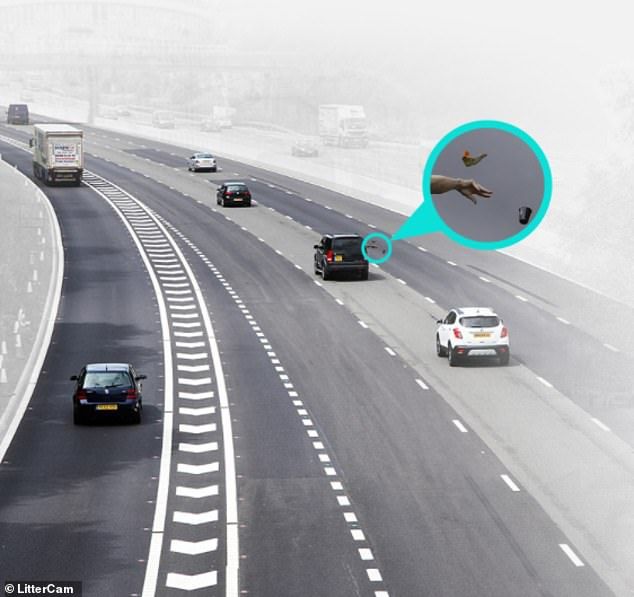 LitterCam will prove useful on motorways, where offenders are rarely caught in the act

so we are saving the planet one step at a time.'

Other councils are in talks to use Litter Cam, including Wigan in Lancashire and Sheffield, as well
as Transport Scotland and Zero Waste Scotland.

Allison Ogden-Newton, chief executive of Keep Britain Tiday, said using surveillance cameras was the way
forward in limiting the amount of rubbish that finds its way onto the roads and described the enivironmental
impact as 'desecration'

A recent study found that as many as 3.2million voles, shrews and mice die every year after crawling into
discarded bottles and cans they cannot escape from.

Presenter Jeremy Paxman, who is also patron of Clean Up Britain, said people should take more care
before thoughtlessly tossing out their litter.

'What goes through people's minds, I guess, is that they want to keep the inside of their vehicle clean and
therefore throw the rubbish out without realising they're making it a problem for everybody,' he said. 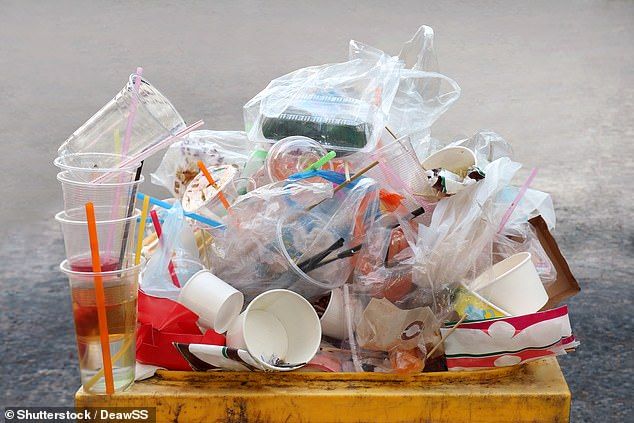 Around 200,000 sacks of litter are removed from England's roads every year containing everything
from coffee cups and fast food meals, to nappies, cigarette butts and apple cores

Following the Great British September Clean, an initiative from Keep Britain Tidy to clear rubbish from the
roads, Highways England's Freda Rashdi said: 'The simple fact is that if litter wasn't dropped in the first
place it wouldn't need to be picked up.

'Litter is not only unsightly and a risk to wildlife and the environment, but it also puts our workers at risk
collecting it and diverts time and money that could be better spent improving the network.'