PAY AS YOU DRIVE TO SAVE THE PLANET

Rishi Sunak is weighing up plans to charge motorists for every mile they drive on Britain's roads to fill a £40billion tax hole left by the move to electric cars, according to reports.

The Chancellor is said to be 'very interested' in the idea of a national road pricing scheme - which would steer motorists into a new 'pay-as-you-drive' type system.

A similar type of scheme was dramatically shelved by Labour in 2007 amid uproar that drivers could be charged up to £1.50 a mile.

Road pricing in England is currently limited to schemes such as the M6 Toll in the Midlands, the Dartford crossing on the M25, London's Congestion Zone and a handful of small tunnels and bridges.

But a national scheme is now being considered amid fears a switch to electric vehicles will leave a massive tax shortfall because of the hit to key Treasury revenue raisers such as Fuel Duty and Vehicle Excise Duty, according to the Times.

It comes amid reports Boris Johnson wants to accelerate his green plans - including bringing forward a ban on the sale of new petrol and diesel cars to 2030 - as critics claim the PM's fiancee, Carrie Symonds, an environmental campaigner, is driving the push. 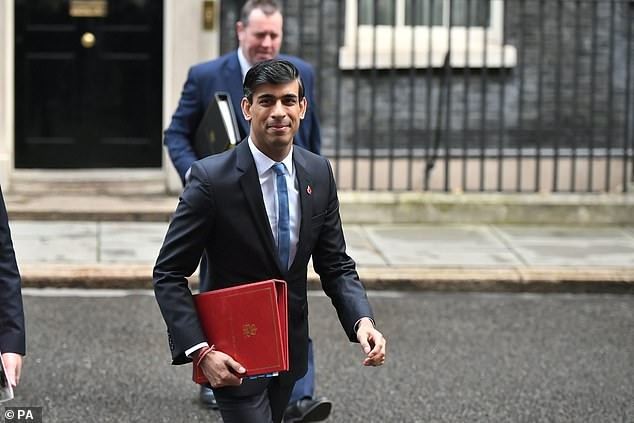 Rishi Sunak is considering plans to charge motorists for every mile they drive on Britain's roads to fill a £40billion tax hole left by a push to electric cars, according to reports 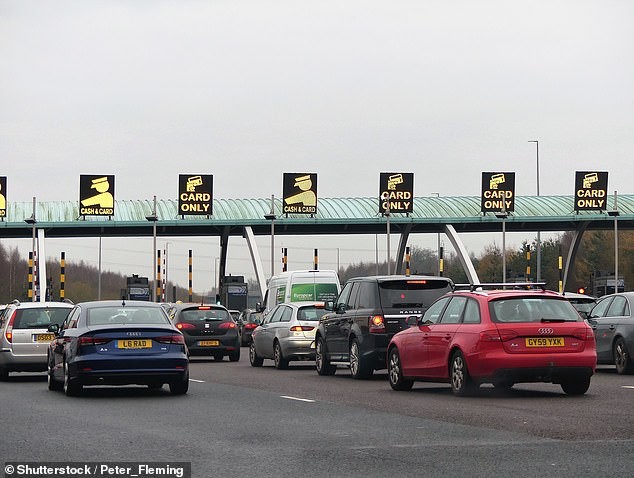 Charges to use certain stretches of roads in England are largely limited to the M6 Toll (pictured) in the Midlands and the Dartford crossing on the M25, while London has its Congestion Zone 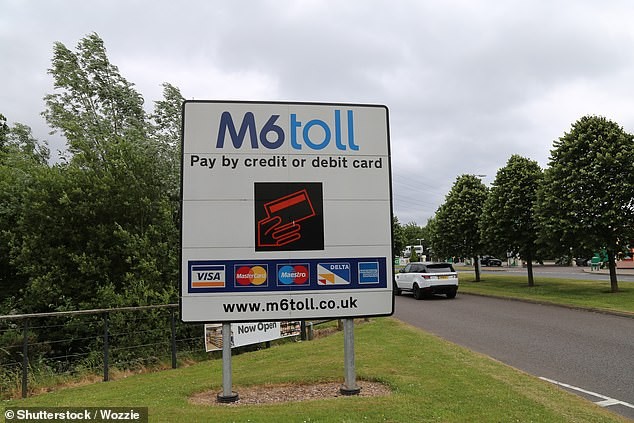 A similar type of scheme, involving the use of satellite tracked tags or roadside beacons, was dramatically shelved by Labour in 2007 amid uproar that drivers could be charged up to £1.50 a mile. Pictured: A sign for the M6 Toll in the midlands

A ban on the sale of new petrol and diesel cars will have a massive impact on the Government's coffers, with VAT on fuel currently generating almost £6billion a year.

It could also mean an end to Fuel Duty, currently charged at 57.95p a litre on petrol and diesel vehicles, and which is on course to raise £27.5billion this financial year.

Meanwhile, Vehicle excise duty (VED) - which is charged on the purchase of cars based on their emission levels - is expected to raise £7.1billion.

A government source reportedly told the Times that the Treasury had analysed potential options for a national road pricing scheme.

However the source said such a scheme was not 'imminent'.

A similar plan was shelved by Labour ministers in 2007 amid fears drivers would be billed up to £1.50 a mile.

A petition was signed by 1.8million motorists opposing the idea.

But the Department for Transport at the time said it was 'rubbish' to suggest the Government had ever planned a national road pricing scheme, insisting it had only put in place plans for local tolls.

Under the plans, which involved letting local areas set up 'pay-as-you-go' networks, drivers would have paid to install a black box in their cars so they could be monitored by electronic tracking via satellite or roadside beacons.

They would then be charged between 2p and £1.50 per mile depending on the time of day and levels of congestion, in a move that was slammed as 'stealth tax' by campaigners.

Speaking at the time, Edmund King, president of the AA, said such a move would be 'political suicide for any party'.

A Treasury source told the Times: 'The Treasury regularly explores lots of different policy options. This is no different.'

It comes as it was revealed a crackdown on petrol and diesel cars could come earlier than expected after Boris Johnson stepped up calls for action on climate change earlier last week.

The Prime Minister said there is ‘no time to waste’ and called on world leaders to put forward ambitious commitments to tackle the crisis. 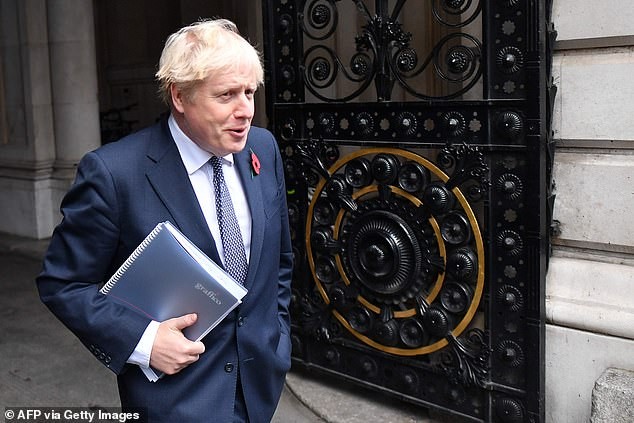 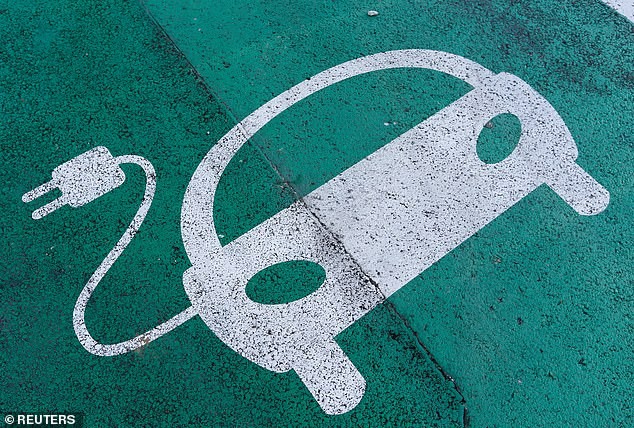 There is a growing expectation that he may announce the Government’s planned ban on the sale of new petrol and diesel cars will be brought forward from 2040.

Mr Johnson has already said he would like this to happen by 2035 but insiders believe he will pledge to bring forward the deadline to 2030.

Car firms are already preparing for the changes as Department for Transport figures show sales of electric vehicles have rocketed by nearly 170 per cent in the UK this year.

Mr Johnson promised to set out a ten-point action plan in comments marking a year until Britain hosts the UN ‘Cop26’ climate summit.

It is set to outline action in areas such as cutting emissions from transport, electricity and buildings, and using hydrogen and other new technology.

The UK – which has a legal target to cut greenhouse gases to ‘net zero’ by 2050 – is co-hosting a climate action summit for world leaders next month to bring forward more ambitious plans and set net zero targets ahead of next year’s Cop26 meeting.