JUST HOURS AFTER WINNING IT IN INTERNET GIVEAWAY

Adam Griffiths, 27, won the flashy Mitsubishi Evo IX in a draw but saw his dream car reduced to scrap metal after crashing it into a wall near his home in Pontypridd, south Wales. 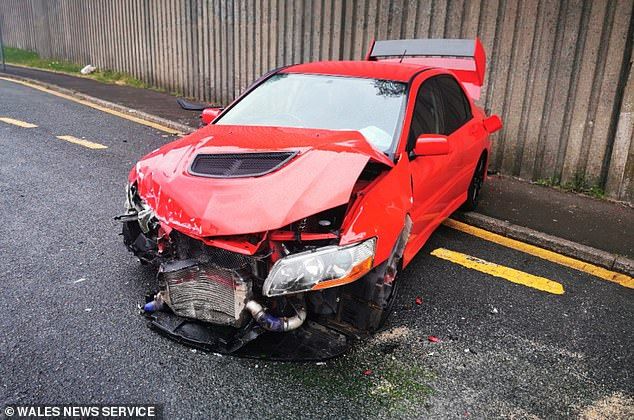 He said: 'It's my fault, I hurt myself in this crash and I've got to deal with the consequences. I'm just lucky that my passenger was able to walk away - the car can be replaced but some things can't.'

Mr Griffiths, from Rhydyfelin, said he was forced to take down his Facebook page because of the abuse he was getting online.

'The 27 year-old local man who was driving the car has been reported for driving without due care and attention.'

Dream Car Giveaways confirmed the vehicle was the same one as had been given away the night before.

Internet jokers were quick to jump on Mr Griffiths's mishap with one saying: 'Ban him from buying any more tickets - unless it's a f**king bus ticket.'

Others were angry that he had driven their dream car recklessly.

Kieran Dewhurst wrote: 'Such a shame. All that hard work done by you guys. It's such a waste.

'That's the only negative about these competitions - genuine car enthusiasts who hope to win their dream car lose to yobos.' 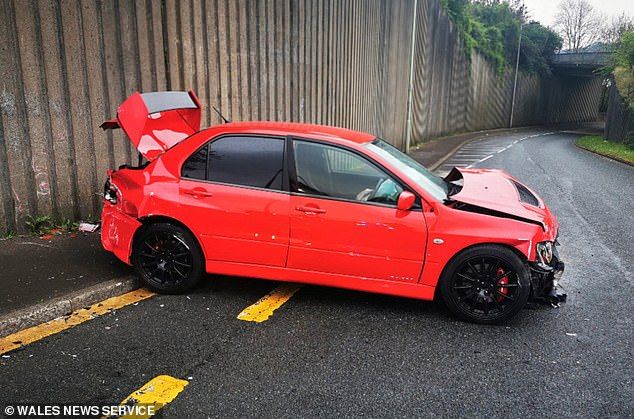