RMG ARE PROUD TO BE SPONSORING JOHNNY FISHER !

Johnny Fisher sacrificed a First in his university degree to spar Joe Joyce in Las Vegas
instead - that brave decision can be vindicated as he gets set for his pro boxing debut.

'The Romford Bull' is a heavyweight with limited amateur experience whose background came in "smashing" people on the university rugby pitch.

Johnny been involved in boxing since he was six or seven years old. But in sixth form and at Exeter University, he played rugby. It was only through chance that heI fell back into boxing. 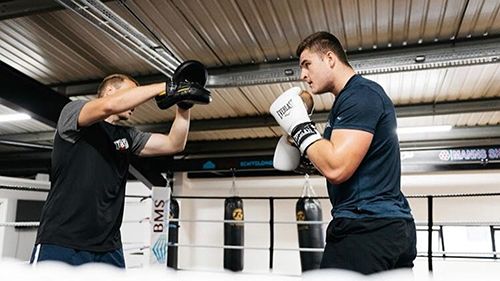 In his second year of university, he contacted Sam Jones [of S-JAM Boxing, who became his manager] to ask: 'Do you need any sparring for Joe Joyce?'
Next thing he knew, at Christmas 2019, he was invited to spar Joyce in his camp to fight Daniel Dubois.

Boxing is in my blood !
My dad boxed for the Repton [the London amateur gym]. My grandad was a casual boxer but was more of a wrestling fan.

Where I'm from in east London, boxing is a big part of the community. It's a hotspot for boxing - my brothers both do it, my little sister has a go too.

Can He deal with the expectation as a new heavyweight prospect?

He is lucky to have a great support network. There is a buzz which is understandable. But he know's what level his at - his never made any affirmations that his better than what he is!

He has a long journey ahead but he has good fundamentals to give it his best shot.
His got nothing to lose!

Six months ago, he was helping his dad selling meat from the back of a van, just trying to survive through lockdown. 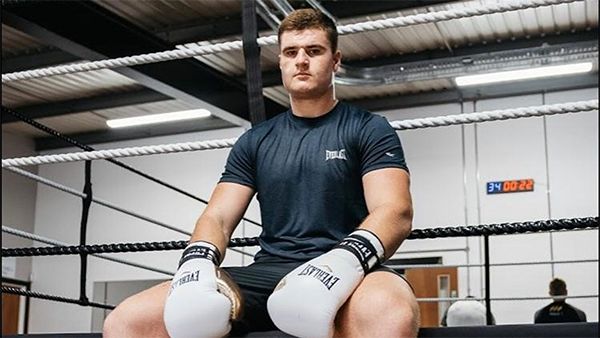 What is your boxing dream?